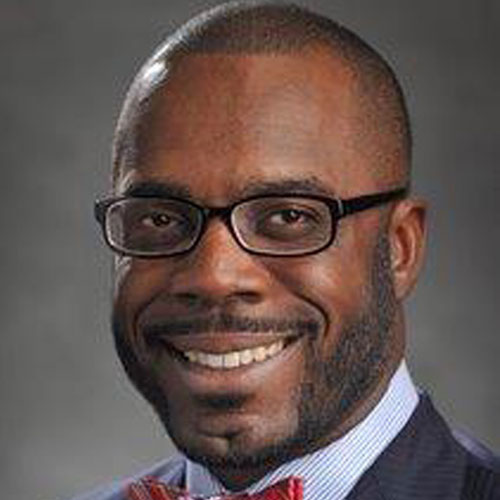 Sean A. Washington was born in Shreveport, Louisiana. Golf was a part of his life from an early age as well as his faith and belief in Jesus Christ. Born into a single mother household with his younger brother; he understood responsibility, the importance of education and how to preserver through challenging times.

At the age of 9, he was introduced to the game of golf and began to play every summer. Originally it was a game but it soon became a way of life. Starting out at a small public nine hole golf course, the rules of life were being instilled in him through the game golf. There he met future mentors and coaches, the game of golf was the exposure he needed to evaluate above the current status quo. Sean began to win tournaments, and became more involved with the community. Golf became the tool to enhance the God given leadership skills he was blessed with.

Sean was very committed at a young age to learning the principles of life through his faith. He served in various function as a youth in church. During his younger years in the faith, he served as Youth Superintendent of Sunday School, Youth President and was a part of the church drama team. During high school and college he held several leadership positions. In high school, he served as the Captain of his football team, Band Section Leader, Future Business Leader of America, and was a participant in several other organizations. In college, he was a four year football letter-man, Vice President of his fraternity Kappa Alpha Psi, Inc. and served as President of the Student Body his senior year. Not including other various organizations, such as Black Students Association and Future Black Leaders of America.

In 1999, Sean relocated to Dallas, Texas  for a business opportunity and promotion with Progressive Insurance Company, where he excelled in the Property and Casualty Department.  In 2004, he became the 1st business owner in his family. He opened a Farmers Insurance and Financial Services Agency, where he served as owner and agent.  Washington is now a Financial Advisor/Field Director with Northwestern Mutual in Frisco, Texas since 2013. He has been active in supporting  underprivileged  youth in his community since his arrival in Dallas.  He mentors youth through his church and several organizations, such as Kappa Alpha Psi Fraternity, Inc.

Sean’s passion is assisting others to fulfill their God given abilities through learning the wonderful game of golf. 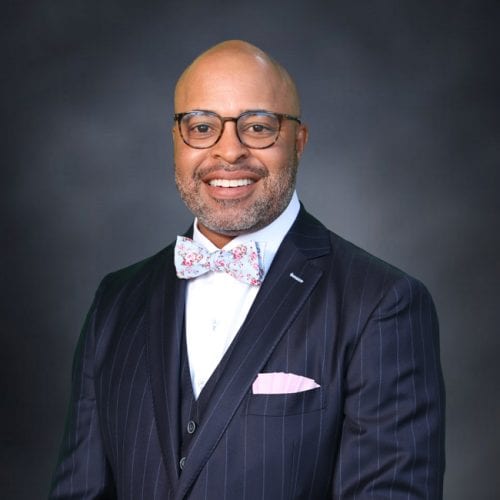 Eric Williams is a native of Detroit, MI. He and his wife (DeJuan) relocated to Texas in 1995 and currently reside in Frisco, TX with his two daughters Kyndal and Kaleigh. As a graduate of Leadership Frisco XXI, he and his family are proud residents that serve as active members with One Community Church, Frisco Family Services, and the Frisco Education Foundation.

He is a first-generation college graduate of Central Michigan University, with a B.S. in Industrial-Organizational Psychology. As a member of Alpha Phi Alpha Fraternity, Inc he understands the value of manly deeds, scholarship, and a love for all mankind. With over 20 years of experience in the Pharmaceutical industry, he has helped to transform patients as demonstrated by a strong track record of performance. Eric is recognized as a passionate leader who builds culture from diverse high-performing teams, provides sound strategic insights and commercial direction, and is a highly collaborative business partner with a global Fortune 500 organization.

Eric has been a certified member of the United States Golf Teaching Federation since 2011 and has combined his love for God with the game of golf to pour into the lives of youth. Because of the grace that God has given him through the investment of his coaches, teachers, and mentors. He feels obligated to invest eternally by sharing the gift of John 3:16 with the next generation to build leaders for the generation next. All to His glory, and honor. 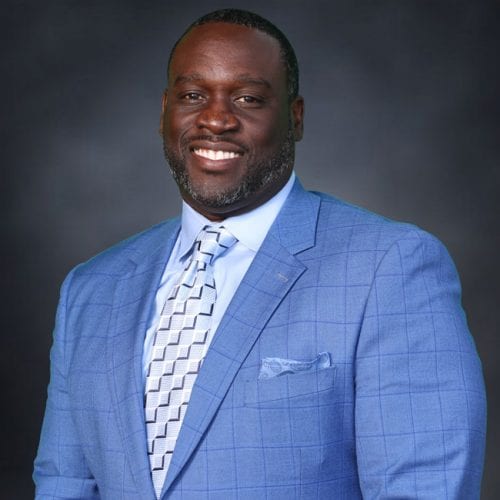 Erik was born and raised as an only child in the suburbs of Philadelphia, PA, and graduated from Gettysburg College, Gettysburg, PA with a Bachelor of Arts in Human Resource Management. Raised as an only child, his parents both made sure he was heavily into playing team sports and working with others in a team atmosphere. Erik’s life experiences have taught him to never lose focus on his pillars of strength: Faith, Family, Friends, and Fun. He attributes his achievements to his #1 Fans: Cheryl, Erik Jr., and Jared who are always cheering him on.

He believes our youth are the gateway to a successful future, which is why he wants to ensure he is instrumental in the development and teaching of our youth. Erik is a highly skilled coach and motivator, with 25 years of athletic and professional development coaching experience. Erik runs a sports performance company (Building Fundamental Athletic Skills through Training) to develop our youth in athletic skills. His professional experience includes 25 years of executive leadership in the Fortune 500 Automotive Finance industry. This experience allows him to provide sound communication and advice to ensure a healthy financial future for G.O.L.F. 3:16.

Over the past 7 years, he has served his community in multiple board positions for Frisco Football League (non-profit); where he most recently had oversight as VP of Football Operations and Interim President. 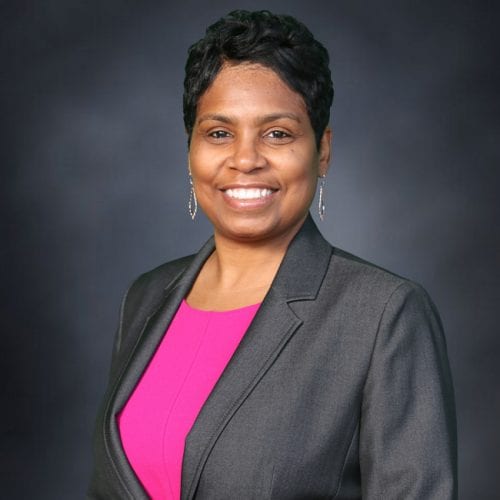 DeJuan was born in Detroit, MI and relocated to Dallas, TX in 1995 due to a promotion with her employer. DeJuan graduated with a Bachelors of Arts Degree in Merchandise Management from Michigan State University.

DeJuan has committed her life to Christ and used her gifts of hospitality and giving to serve in the community with non-profit organizations focused on helping children. 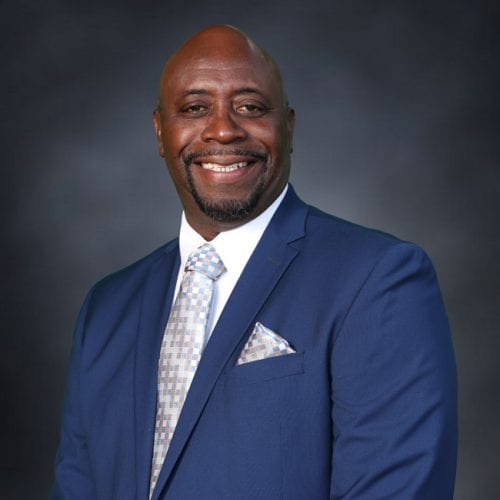 Frederick Brown was born and raised in Dallas, Texas. Freddy is a proud product of the East Dallas Boys and Girls club and local recreation centers. These outlets for youths were instrumental in exposing Freddy to teamwork, perseverance and discipline. Being raised in the church, Freddy knew at an early age, what role faith and believing in Jesus Christ would have in developing ones life. He used this experience and belief in coaching, mentoring and motivating youths and have been doing so, for over thirty years.

Freddy is a proud alumni of Skyline High School in Dallas, Texas. Upon completion of high school, Freddy enlisted in the United States Navy as a surface ship navigator.Freddy proudly served twenty-two years and rising to the rank of Senior Chief Petty Officer. While serving in the United States Navy, Frederick continued his lifelong approach to learning by receiving his Bachelor of Science in Business Administration. Additionally, he continued that learning journey by obtaining his Master of Science in Education from Walden University. Currently, Freddy proudly serves the great students and staffs of Frisco ISD.

Frederick has always had a strong desire to mentor and inspire young people to reach their full potential. He is active and supports various organizations in the community, specifically those that focus on the social and academic achievements of all youths. Frederick shares his life with his four kids and lovely wife Angela in the Frisco area. 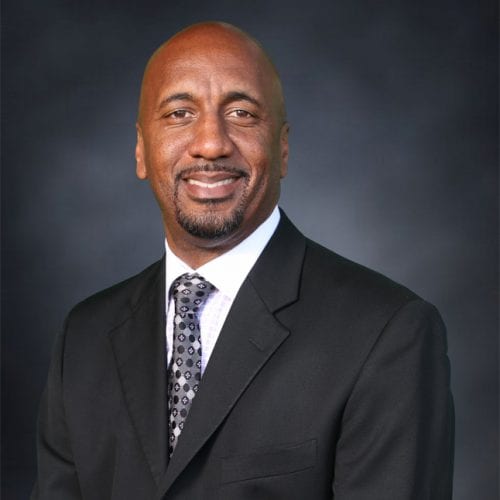 Byron was born the son of a U.S. Army Colonel, father, and career educator, mother, and raised in the city of San Antonio, TX. As such, and in conjunction with faith, discipline, accountability, responsibility, and the pursuit of knowledge, were key values that were imparted to him at an early age. Upon graduating from San Antonio’s Texas Military Institute, he fulfilled his childhood dream of attending Rice University in Houston, TX, where he graduated in 1994 with degrees in both Mechanical Engineering and Finance. It was during his time at Rice where he began giving back to the community through coaching and mentoring youth at the Acres Homes YMCA; ultimately becoming a liaison between the Acres Homes Community and the local YMCA Board of Directors. It is from these early experiences that the embers of his passion for working with and advocating for, children were stoked.

As a member of One Community Church in Plano TX, Byron chooses to honor Jesus Christ and serve God’s people faithfully, which is his sincere and heartfelt desire. He is a leader in the Guest Services Ministry at One and a member of the One Voice Choir. With passion and dedication, he is committed to fulfilling his God-ordained purpose by helping others to achieve success. He holds steadfast to God’s Word and is living out Colossians 3:23-24; “Whatever you do, do your work heartily, as for the Lord rather than for men, knowing that from the Lord you will receive the reward of the inheritance.” It is with this premise that he and his wife (LaNell) strive to impart the same values in their three beautiful children, Sydney, Khalum, and Brandon, as well as others. 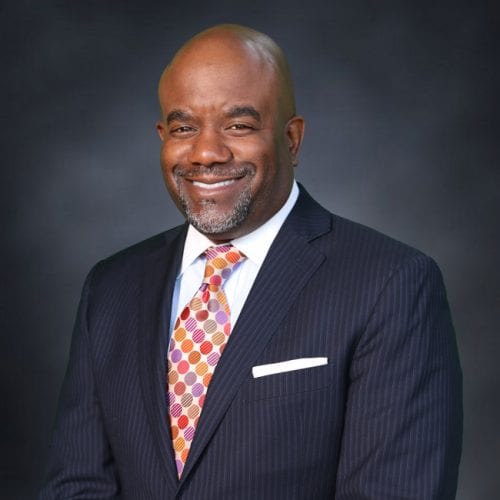 Gregory McGhee is a native of Saint Louis, Missouri. Mr. McGhee and his wife (Chanda) relocated to Texas in 2003 and currently reside in Celina, Texas with their three sons (Tyler, Ryan, and Ethan). The McGhees are proud, active members of One Community Church in Plano, Texas. Mr. McGhee received his Bachelor of Arts in Business Administration from Lindenwood University (Saint Charles, Missouri); his Juris Doctor Degree from Tulane University School of Law (New Orleans, Louisiana); and his Master’s Degree in Public Affairs from the Lyndon B. Johnson School of Public Affairs at the University of Texas (Austin, Texas). Mr. McGhee is a Lead General Attorney and Program Manager with the U.S. Department of Education, and has extensive legal experience in both the public and private legal sectors.

Mr. McGhee’s favorite Bible verse is Proverbs 3: 5-7, and he considers all of those listed in the “Honor Roll of Faith” (Hebrews Chapter 11) as his spiritual role models. In his spare time, Mr. McGhee enjoys spending time with family and friends, reading, watching television, discussing/debating politics and world events, and (of course) playing golf.